Good is the enemy of Great. 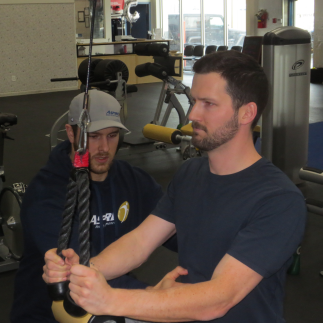 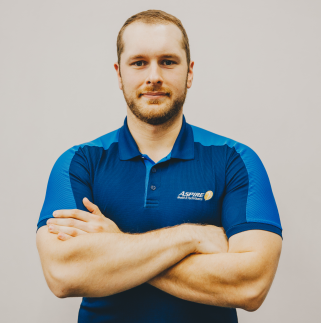 Colin has lived all over BC, from Tumbler Ridge, Abbotsford, Oliver, and Vanderhoof, finally settling in the Okanagan in 2000. Colin has always been active, having played a variety of sports including cross-country, soccer, basketball, volleyball, and rugby before focusing on football. Colin played on the Inaugural Mount Boucherie Football Team for three years, earning him a scholarship to UBC Vancouver. He later played for the Okanagan Sun. Beyond school and his own athletic career, Colin has helped coach high school football athletes.

Having been injured while playing, Colin realized his passion for learning about and applying training and recovery. Colin made the decision to switch degrees to pursue a career in Kinesiology. He studied Human Kinetics at Okanagan College and continued on to the University of British Columbia Okanagan, finishing his degree in 2017.

Colin has been a personal trainer for two and a half years and has worked with a variety of clients whose goals have ranged from weight loss, to rehab, to athletic development. He has experience working with sport specific as well as lifestyle programs. He continues to improve as a young strength coach by continually furthering his education in his field. Colin believes that a strong foundation for health and performance is built by forming good habits of movement and nutrition.

He will coach you through your limitations until they become your strengths.

Aspire Health & Performance is a sports science company devoted to the health and performance of each of our clients. What sets us apart in the training industry is our education and experience.